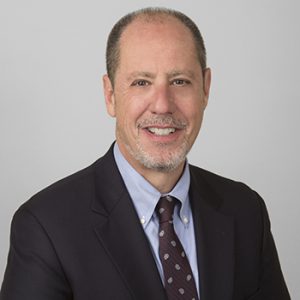 Like so many moments during my years at the University of Florida, I came to the Brechner legacy through random fortuitousness. And, like so many random UF encounters, that moment was life-altering.

I had graduated from the College of Journalism & Communications and spent a couple of years as a reporter for the News-Press in Fort Myers before returning to Gainesville to enroll in the College of Law.  During my first year of law school, 1986, I found frequent excuses to walk over the j-school and skulk about.

The law school vibe was tense. The j-school vibe was cool. After sitting in law lectures and my library carrel day-in and day-out, I needed a dose of cool every now and again.

My old journalism professors – John Griffiths, Jean Chance, John Wright, Ben Patterson, Les Carson – would warmly welcome me with teasing greetings like, “Uh oh, the lawyer’s back again.” We’d chitchat about their classes, families, kids I had graduated with, innovations in journalism like USA TODAY (we had no idea what awaited us with the Internet).

I even spent a semester teaching an “Intro to Mass Communications” section at night. My small office in the graduate student section of Weimer Hall was prime real estate for law school studies, and a sanctuary for my soul.

One day I stopped by the Department of Journalism office to see its chair, Jon Rosenraad.  Early in my undergrad career, he had persuaded me to look into a journalism major when I wasn’t sure what I wanted to study. The night before we had waved across the musical hall at a Billy Preston concert. I wanted to share impressions of the show.

Dr. Rosenraad jumped out of his chair and told me I had to come meet the newest faculty hire. The professor had been persuaded to leave his position at UNC Chapel Hill to become the Joseph L. Brechner Eminent Scholar and run the Brechner Center. His focus would be teaching legal issues to Masters and Ph.D candidates in journalism. Dr. Rosenraad walked me up the stairs and introduced me to Bill Chamberlin.

The law school had no First Amendment curriculum to speak of. I craved some grounding in that area of the law. So I immediately began prattling to Dr. Chamberlin about my interest in combining my journalism background with a law career, how important the First Amendment is to open societies, how reporters needed champions in the courtroom, and so on.

He looked unimpressed. It was a look I would come to know well over the years I spent as his student, and later, his good friend.

Dr. Chamberlin, though nonplussed, nevertheless invited me to take his seminar. And with that, I became his first law student at UF. The graduate degree candidates he assembled into small, intimate seminars at the journalism college were smart, fun, committed folks. I took three of his courses over the remainder of my time in law school, covering subpoenas, access to information, and First Amendment theory.

The Brechner seminars Dr. Chamberlin taught became the foundation for my entire professional career. As a media lawyer with clients from most major national newspapers, television networks, and online platforms, for more than 25 years I have spent every day briefing, arguing, and writing articles about the principles I first learned there. And because Dr. Chamberlin was a tough grader, I also learned from the start to up my game from prattle to lucid, precedent-based argument.

Dr. Chamberlin also created a warmer mentoring environment than any of my law school professors. He would have to his house for dinner once or twice a semester.  He and his awesome spouse Jeanne would meticulously plan menus to suit the students’ individual tastes. He invited interesting speakers to join us. It was during those dinners that I met my first media lawyers.

Dr. Chamberlin recommended me for my first and second job out of law school, endorsements that held great sway with my bosses. He retired several years ago, and we remain in touch. He is still a valued friend and trusted mentor.

I am intensely loyal to the College of Journalism & Communications. I’ve hired several of their graduates to work with me as lawyers, I guest lecture there whenever I’m invited, and I cherish my returns to campus to participate in the Department of Journalism Alumni Advisory Council.

The Brechner Center is one of the key reasons Weimer Hall will always be a cool refuge for me.