UFCJC will now be home to three units at the forefront of freedom of information and First Amendment issues:  NFOIC, the Joseph L. Brechner Center for Freedom of Information and the Marion B. Brechner First Amendment Project.  NFOIC will be located inside the Brechner Center and the two organizations will collaborate to create research and public-awareness projects advancing the access rights of journalists, and all citizens, to information about issues of public concern.​

NFOIC, currently located at the University of Missouri School of Journalism, is a nonpartisan alliance of state and regional organizations promoting collaboration, education and advocacy for open government, transparency and freedom of information (FOI). Its affiliates include citizen-driven nonprofit FOI organizations, academic and First Amendment centers and journalistic societies. NFOIC provides transparency education and support to state and local governments and associations, offers financial support for FOI litigation, and undertakes evidence-based research projects in FOI laws, policies and practices. 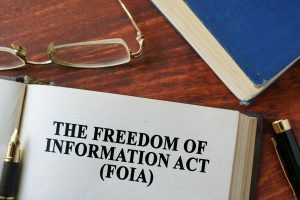 The Brechner Center, founded in 1977, works to educate journalists, policymakers and the general public about the law of access today and how it should work tomorrow. The Center is a source of research, expertise and advocacy about the law of gathering and disseminating news across all platforms and technologies.

The Marion B. Brechner First Amendment Project is a non-profit, non-partisan organization dedicated to current and contemporary issues affecting the First Amendment freedoms of speech, press, thought, assembly and petition. Its activities include filing legal briefs, authoring scholarly articles, publishing op-ed commentaries and presenting speeches and papers at conferences and symposia across the country.

“By forming an alliance, our efforts in protecting and advancing the public’s access to information will be amplified. This is particularly true at the state and local level, where civic life at the grassroots level is fundamental to a well-functioning democracy,” said Diane McFarlin, UFCJC dean.  “This work is more critical than ever.”

“Relocating to UFCJC and working with the prestigious Brechner Center strengthens our goal to enact needed legislative and administrative reforms to government transparency,” said NFOIC Board President Mal Leary. “The challenge to ensure state and local governments and public institutions provide access to their records and proceedings continues to grow.” Leary is a political correspondent for Maine Public.

“With this strategic alliance, and with the vast resources of our journalism and law schools, the University of Florida becomes the preeminent center of thought leadership about improving public policy to advance the public’s access to essential information,” LoMonte said. “The NFOIC’s work as the nation’s watchdog over state legislation affecting the public’s right-to-know complements and augments our role at the Brechner Center in working with stakeholders from journalism, government, law and technology to make information more accessible and civically useful.”

NFOIC plans to complete its relocation to UFCJC by Summer 2018.

For more information contact Frank LoMonte at flomonte@ufl.edu or Dan Beverly at dbevarly@nfoic.org.

About the University of Florida College of Journalism and Communications

The University of Florida College of Journalism and Communications, recognized by its peers as one of the premier programs in the country, is driving innovation and engagement across the disciplines of advertising, journalism, public relations and telecommunication. The college’s strength is drawn from both academic rigor and experiential learning. It offers bachelor’s, master’s and doctoral degrees and certificates, both online and on campus.  As one of the largest communication “teaching hospitals”, CJC students work alongside professionals to gain practical experience in the Innovation News Center, which generates content across multiple platforms, and The Agency, an integrated strategic communication and consumer research agency focused on marketing to young adults. The College includes seven broadcast and digital media properties, the STEM Translational Communication Center and the nation’s only program in strategic communication for social change.

About the National Freedom of Information Coalition

NFOIC is a national 501(c)3 nonprofit, nonpartisan organization consisting of state and regional affiliates representing 45 states and the District of Columbia. As a national proponent of freedom of information, open government and First Amendment rights, NFOIC is unique focusing on state and local jurisdictions. NFOIC and its members advocacy removes obstacles that block or hinder people from obtaining information and access that are rightfully theirs.  Formed in 1989 out of a need to support specialized First Amendment organizations with the expressed goal to protect the public’s right to know, NFOIC is a dedicated proponent of legislative, administrative and legal reforms to ensure state and local governments and public institutions have laws, policies and practices to facilitate open, transparent and accessible government.

By Richard T. Griffiths, President, Georgia First Amendment Foundation The text messages were clear, to the point, and in stark violation of Georgia’s open records laws....

A conversation with Bethany Barnes, investigative reporter, The Oregonian

Ethan: I’m Ethan Magoc, a journalist at the Innovation News Center at the University of Florida’s College of Journalism and Communications. Today I’m speaking with...