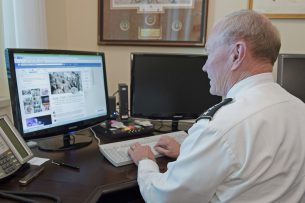 In a case reminiscent of the dispute over President Trump’s blocking of critics from his Twitter feed, UF’s Brechner Center for Freedom of Information and Marion B. Brechner First Amendment Project are supporting the free-speech case of a Texas police critic who was forbidden from posting to the Facebook page…