The Brechner Speaker Series, launched in October 2022, aims to share thought-provoking conversations about government secrecy and its pitfalls. It features journalists and newsmakers who talk about their experiences uncovering information that others wanted to keep under wraps.

On Oct. 20, 2022, Brechner Center Journalist-in-Residence Sara Ganim had a conversation with award-winning journalist Jason Leopold. He’s been called “the most active individual FOIA litigator in the United States today.” 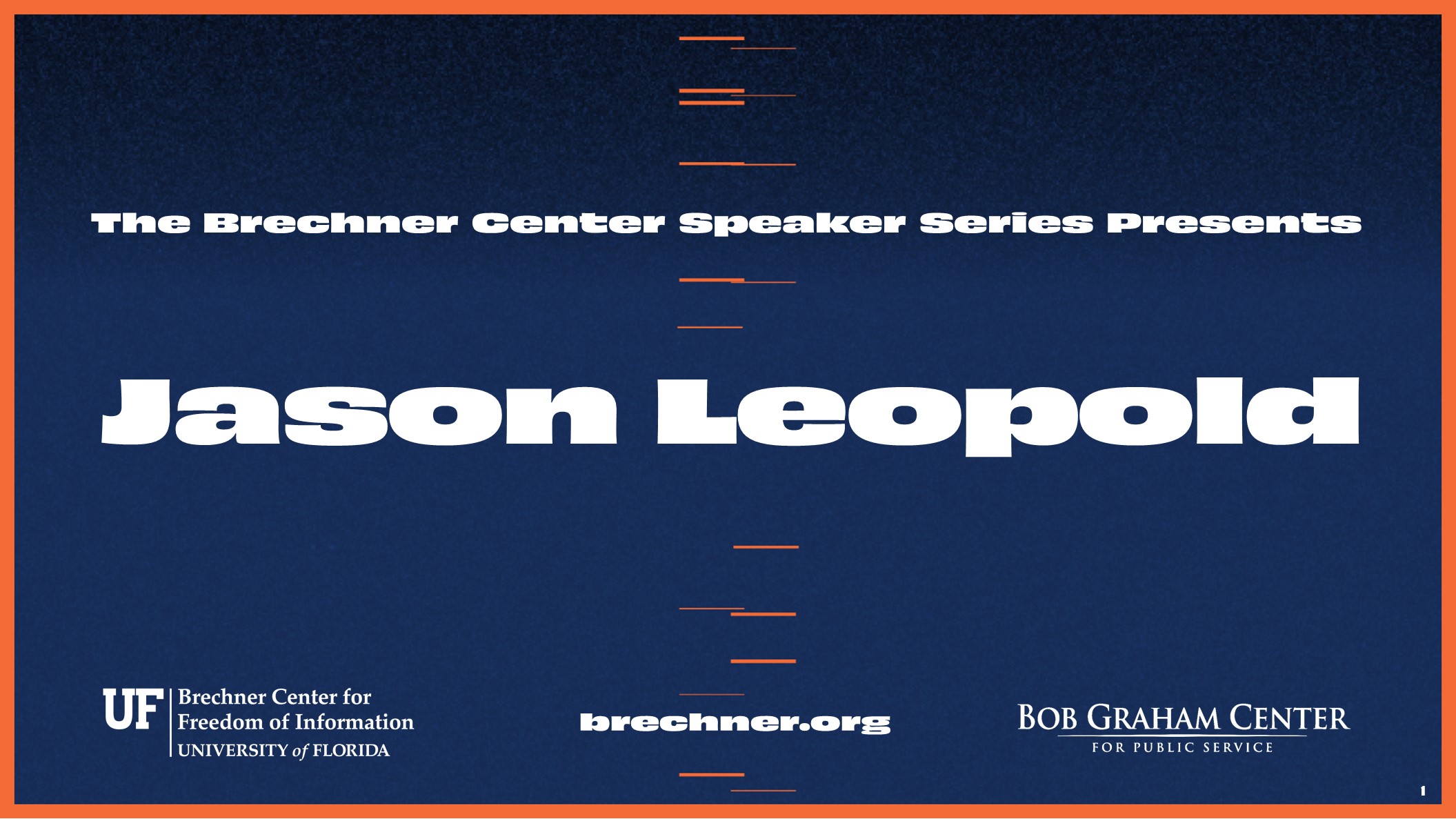