A Kentucky statute making it a crime punishable by a year in jail to speak to a school employee in a way that “interferes with” school functions faces a constitutional challenge that may end up before the U.S. Supreme Court.

In a brief prepared by Brechner Center attorneys, the justices are asked to accept the First Amendment case of Johnathan Masters, who was prosecuted and fined $500 for arguing with a high-school principal in Cloverport, Ky., in 2014.

The case challenges whether states may criminalize speech that “disrupts” or “interferes with” the activities of a public school, without showing that the disruption was intentional or of substantial magnitude or duration. The Brechner Center brief, argues that the law is so broad that it may be abused to silence whistleblowers and government critics:

Government employees must necessarily be prepared while on the job to accept criticism – even, at times, unfair and undeserved criticism – without calling the police.

The brief was joined by a coalition of free-speech and youth-rights organizations, including UF’s Marion B. Brechner First Amendment Project, the National Coalition Against Censorship, the Center for Juvenile Law and Policy at Loyola Law School, and the Student Press Law Center. The director of the Brechner Project, Prof. Clay Calvert, is lead counsel for the coalition.

Although Masters was a visitor to the school and not a student, the brief notes that students will be at special risk of arrest and prosecution: “A student could be prosecuted under this statute for entirely harmless and even well-intentioned behavior based on the foreseeability that other students will react to the speech in a wrongfully disruptive way – for instance, answering a teacher’s question in class by voicing an unpopular political opinion, knowing that others in the class are likely to find the opinion provocative and escalate the discussion into shouting.”

The brief points out that, in its 1969 Tinker case, the Supreme Court said nothing less than a “material and substantial” disruption of school functions could justify imposing discipline on a student for the content of speech. The threshold for criminally prosecuting speech, the brief argues, must be significantly higher than that for a disciplinary suspension.

Brechner attorneys point to a 2001 opinion, Saxe, written by Justice Samuel Alito when he was on the federal appeals court in Philadelphia, which struck down a school district’s disciplinary code because it penalized speech “which has the purpose or effect of interfering with educational performance,” a standard that the judges found unconstitutionally overbroad and vague.

Masters’ case has been set for consideration by the justices at their Feb. 15 conference, probably for a spot on the fall 2019 oral argument calendar. It takes an affirmative vote from four of the nine justices to accept a case.

The case is Masters v. Commonwealth of Kentucky, Supreme Court docket No. 18-7286. 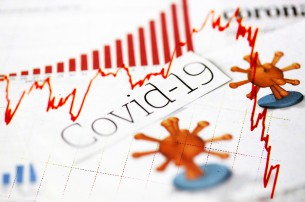 Frank LoMonte, University of Florida College of Journalism and Communications Brechner Center for Freedom of Information director, was a panelist on “Reporting on the Pandemic:... 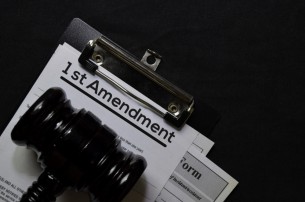