The prestigious national award recognizes excellence in reporting about freedom of information and First Amendment issues. Peter Kovacs, metro editor, received the $3000 cash award on behalf of The Times-Picayune staff.

The award-winning series uncovered widespread abuse of the scholarship privilege. While some public officials complied with the newspaper’s public records requests, others refused to release the information on their scholarship recipients. The newspaper then launched a lengthy legal battle to obtain access to the public records and let the public know how their elected officials were using this valuable perk. The disclosures led to reforms in the way the scholarship program operates, including mandatory public disclosure of future scholarship winners.

The 11th annual award, established by the late Joseph L. Brechner, an Orlando, Fla, broadcaster, was presented at the Brechner Center for Freedom of Information award ceremony on Dec. 3, in Gainesville, Fla.

Previous winners include the St. Petersburg Times, the Washington Post, the Houston Chronicle and the Columbia Journalism Review. The Times-Picayune series was lauded by the judges for “its tenacity in bucking the system to get the records.” The judges unanimously commended the series for its “great FOI fight.” “This was a fascinating look at the relationship between politicians and their political supporters that the public rarely gets to see,: according to one judge. The judges for the competition included Allan Wolper, journalism professor at Rutgers University, New Brunswick, N.J.; Karen Kammer, media lawyer and chair of the Florida Bar’s media law committee, and Tom Watts, a reporter with The Dallas Morning News. 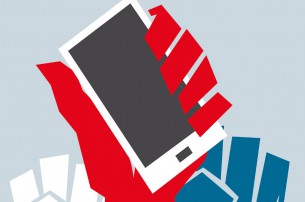 Frank LoMonte, University of Florida College of Journalism and Communications Brechner Center for Freedom of Information director, is the author of “The Legal Landscape: The... 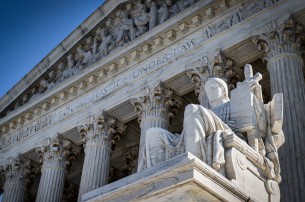 Frank LoMonte, University of Florida College of Journalism and Communications Brechner Center for Freedom of Information director, is quoted in “’Angry Cheerleader’ Case Could Chill...