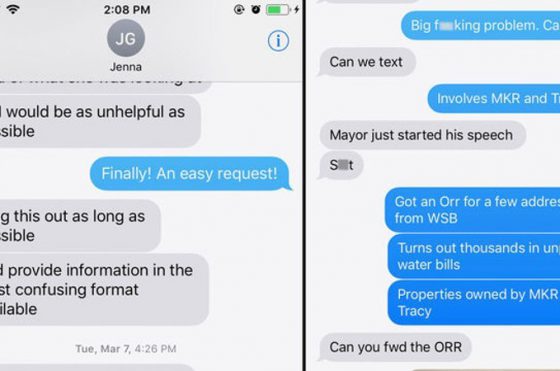 By Richard T. Griffiths, President, Georgia First Amendment Foundation The text messages were clear, to the point, and in stark violation of Georgia’s open records laws. “So I would be as unhelpful as possible.” “Drag this out as long as possible.” “And provide the information in the most confusing format possible.” Sent back in March 2017 from the then Atlanta mayor’s spokesperson to an official with city’s watershed management department, the messages instructed how to handle requests for records made by television station WSB and The Atlanta Journal Constitution. Hard-working reporters at WSB-TV and the AJC had been probing whether properties…